This is just a placeholder for now.  I was so tired after the Race to the Stones 2015 that I never got around to doing a write up.

Amazing first few hours with so many runners before it started to thin out.  Martin got a marathon PB in about 4h50 (only his second marathon).  I left Martin behind at half way as he looked like he was going to drop out.  Met Claire and Arthur at White Horse and had a lie down for a few minutes.  Struggling after that.  Martin caught be after about 3 hours on my own.  We finished the race together.  Martin dragged me along for several hours but I recovered a couple of miles from the finish and dragged him for a bit.  We finished just before dark. 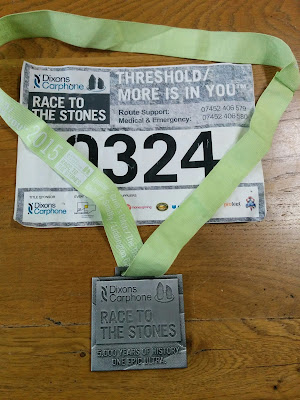 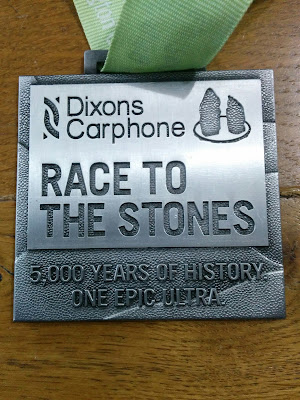