Another great run around Caldecotte Lake in Milton Keynes, organised by Foxy Davey of Enigma Running.

This was the same course as the Quadzilla that I ran in February - 7 and a half laps of the lake.  It wasn't quite as cold today, but still chilly, with a headwind on the home straight.

I set off briskly, clocking halfway dead on PB pace in 1h55m. It was worth testing to see if I had the PB in me - I'm sure its there this year - but the first half was too fast for me on the day and I couldn't sustain the pace, paying for the quick start towards the end. 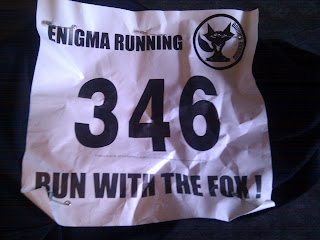 In the end, I kept a nice steady pace for 18 miles, but dropping off badly from about 5:25 per km to around 7:00 per km, returning to my former pace only for the last mile.  The last two laps were horrible, as it got colder and the wind picked up and the fatigue really set in.  Overall I enjoyed it, but I think the marathon load I've put myself under - a record 12 in six months for me - is starting to be felt in my legs and I'm going to need a month off marathons after the next two, which I've already committed to.

Here's the route on Strava. 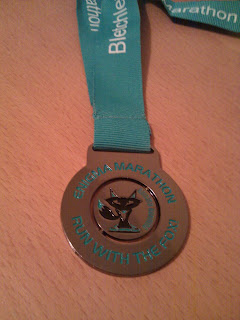